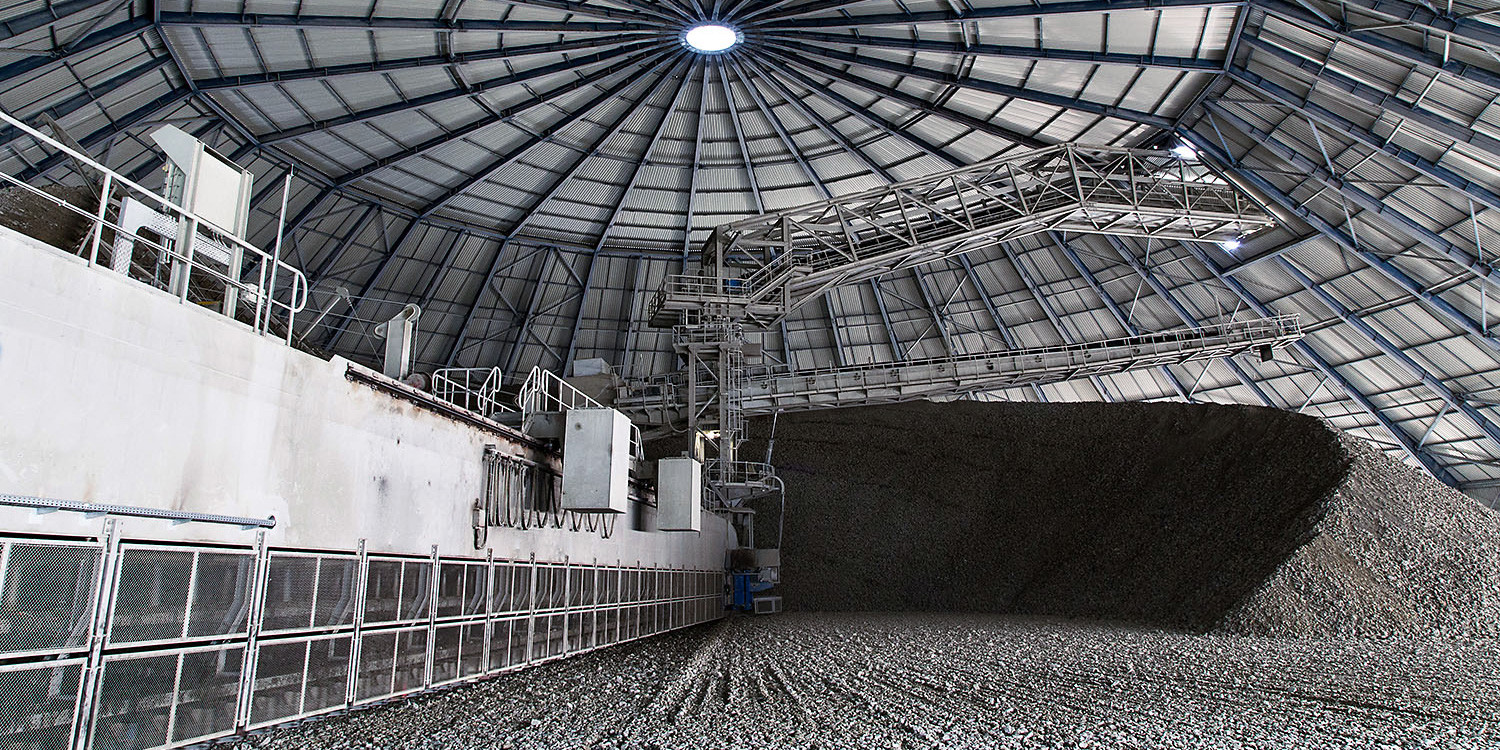 Concrete is a mixture of aggregates (approx. 80%), cement (approx. 12%), and water. Depending on the desired application, the characteristics of the concrete can be changed through the use of certain additives.

Except for water, no other substance on the planet is used more than concrete. All major construction projects – whether for tunnels or bridges, office buildings or schools – use concrete in some form or another. Concrete is usually delivered to the building site by ready-mix trucks and is poured locally into forms. Moreover, concrete is also used for the production of precast concrete parts, such as stairs, ceiling elements, or structural components.

Development of the individual Group areas also varied in this business line. The declines in the Western and Southern Europe, North America, and Asia-Pacific Group areas were not offset by rising demand in the Africa-Eastern Mediterranean Basin and Northern and Eastern Europe-Central Asia Group areas.

Asphalt consists of a mixture of variously sized aggregates, filler (rock dust), and bitumen (tar). It is used primarily in the building of traffic infrastructure – roads, walkways, and parking lots.

In 2017, asphalt deliveries rose by 2.8% to 9.6 million tonnes (previous year: 9.4). No new markets were added to this operating line following the acquisition of Italcementi, but we expanded our activities in North America in 2017 by means of another acquisition. Excluding this consolidation effect, asphalt sales volumes were slightly above those of the previous year, with an increase of 0.7%. With the exception of Asia-Pacific and North America, deliveries in the Group areas rose in comparison with the previous year.

Almost 50 years of company history have forged our identity, honored by everyone on our team.